The gallery sells tableware and vases that are easy to use in everyday life.
We can also make gifts for private celebrations, weddings, and memorial services according to your budget.

Earth, Water, and Fire: Pottery Made with the Power of Nature

The concept of Manpugama's pottery making is The concept of making pottery works at Manpugama is to create "Utsuwa" that enhances flowers and dishes by using natural materials created by my hands.

I aim to create works of art as "vessels" that produce a synergistic effect in a certain space. 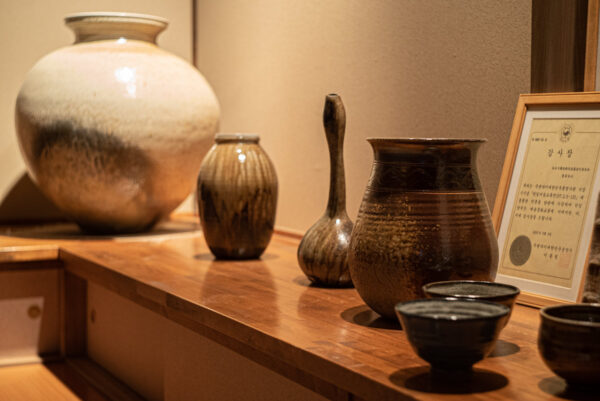 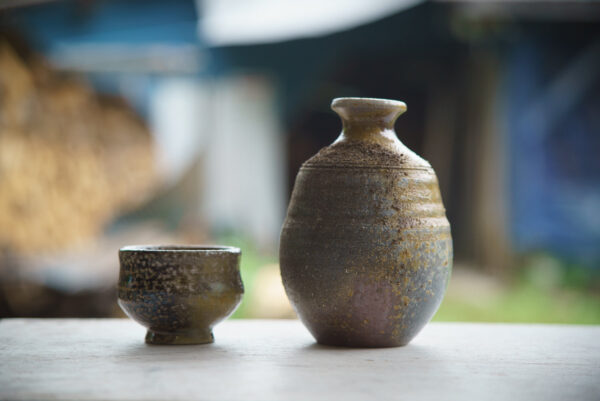 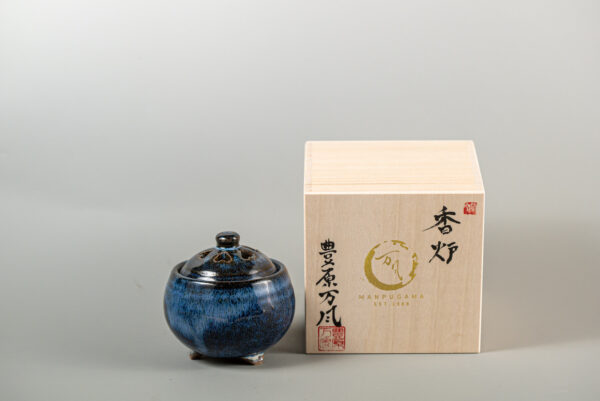 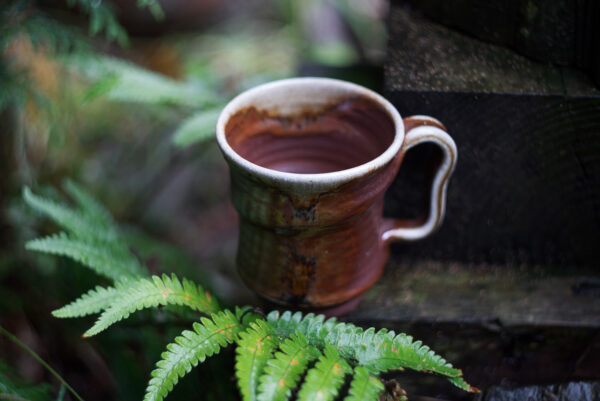 We want people to be particular about what they make and choose because they use it every day. 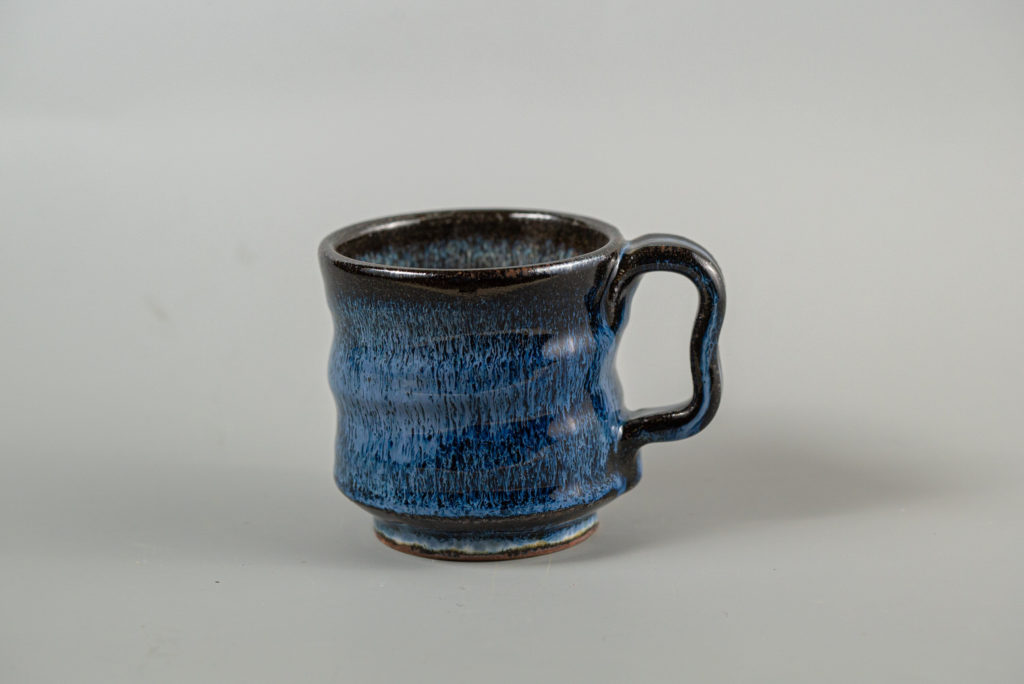 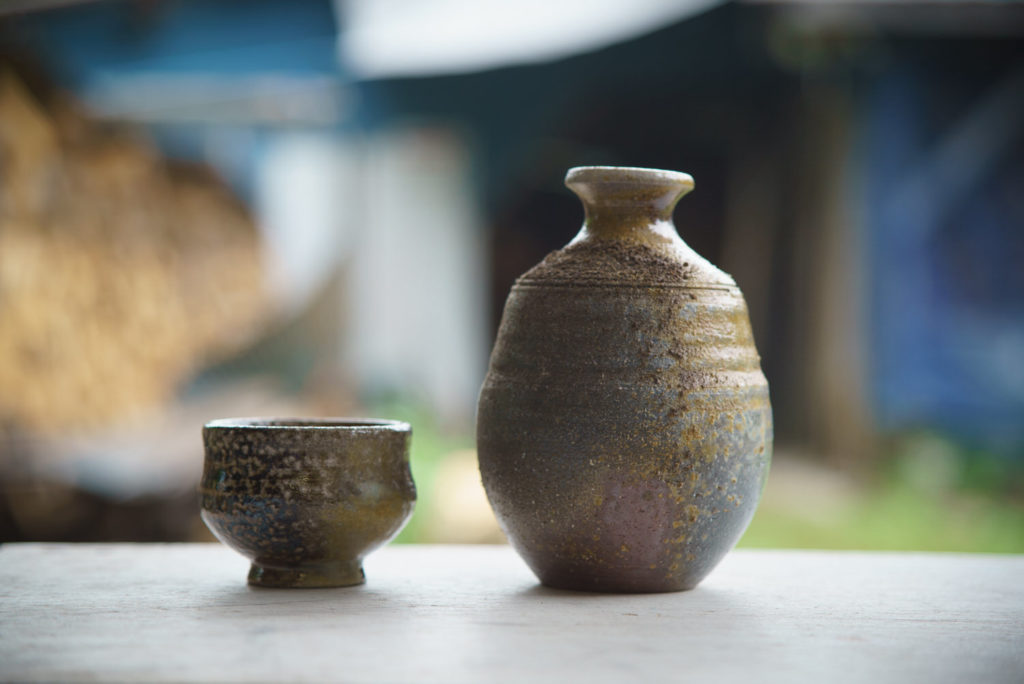 The beauty of natural glaze

A little more luxurious than usual

Vessels that make coffee in the morning and drinks in the evening more delicious.

For entertaining and gift-giving.

Sticking to anagama for 33 years

After becoming independent, I spent a year building a primitive and traditional "semi-above-ground anagama" kiln, which fires only with wood and human power, with my local friends. The kiln is made of refractory bricks and is 12 meters long, 2 meters wide, and 1.5 meters high, making it longer than most semi-above-ground anagama kilns, and it survived the Great East Japan Earthquake of 2010 and is still in operation once a year. It takes more than half a year to cut the wood, dry it, and prepare the pieces.

Works fired in the anagama are fired at a high temperature (1300 degrees Celsius) for three days and nights using only red pine wood without glaze on the dried base. During the long firing, the ashes of the red pine trees that have fallen on the pieces begin to melt and change into a glassy substance that becomes a natural glaze. Firing in this long kiln for a long period of time is important to produce a very heavy color. This is one of the characteristics of Zao ware. 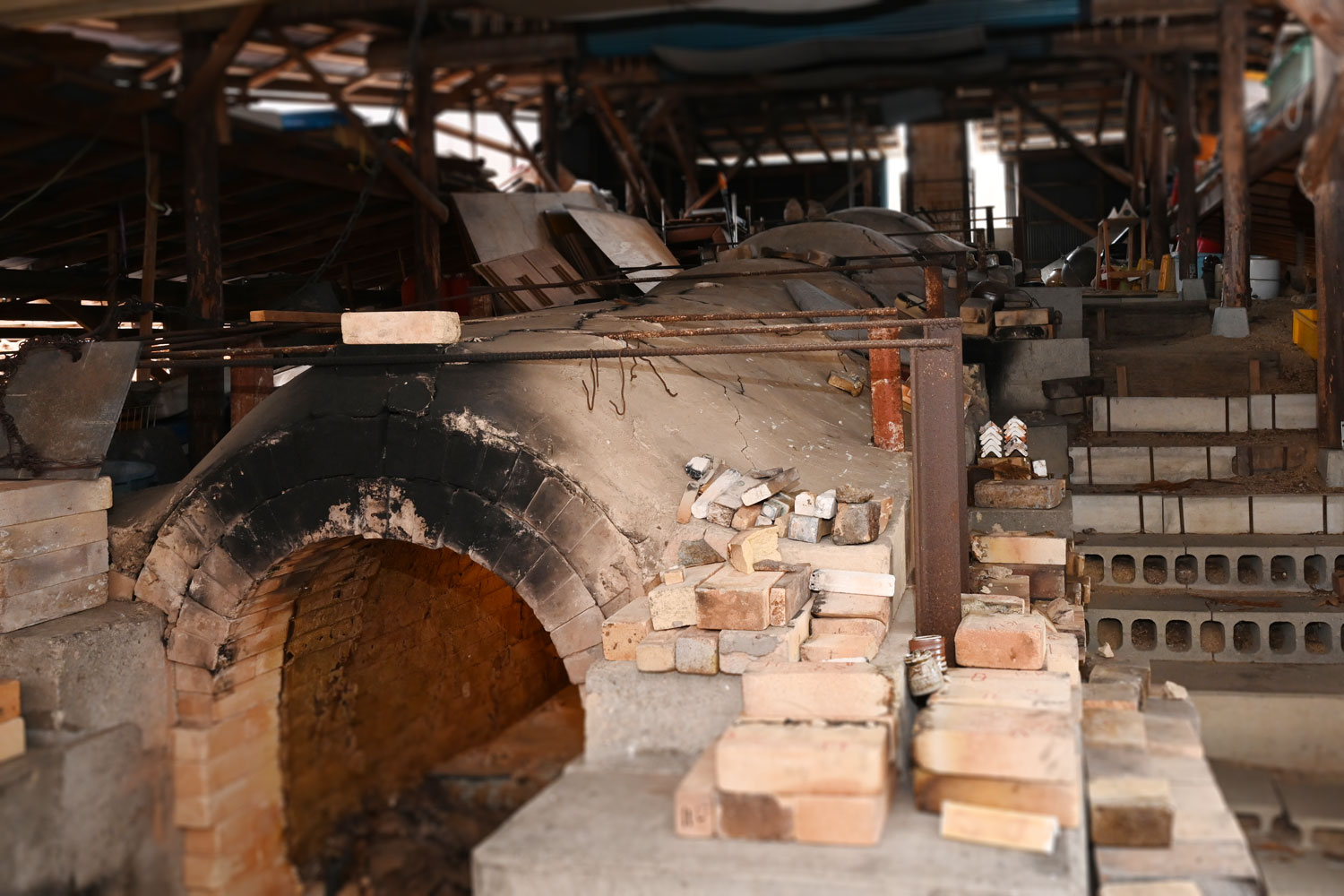 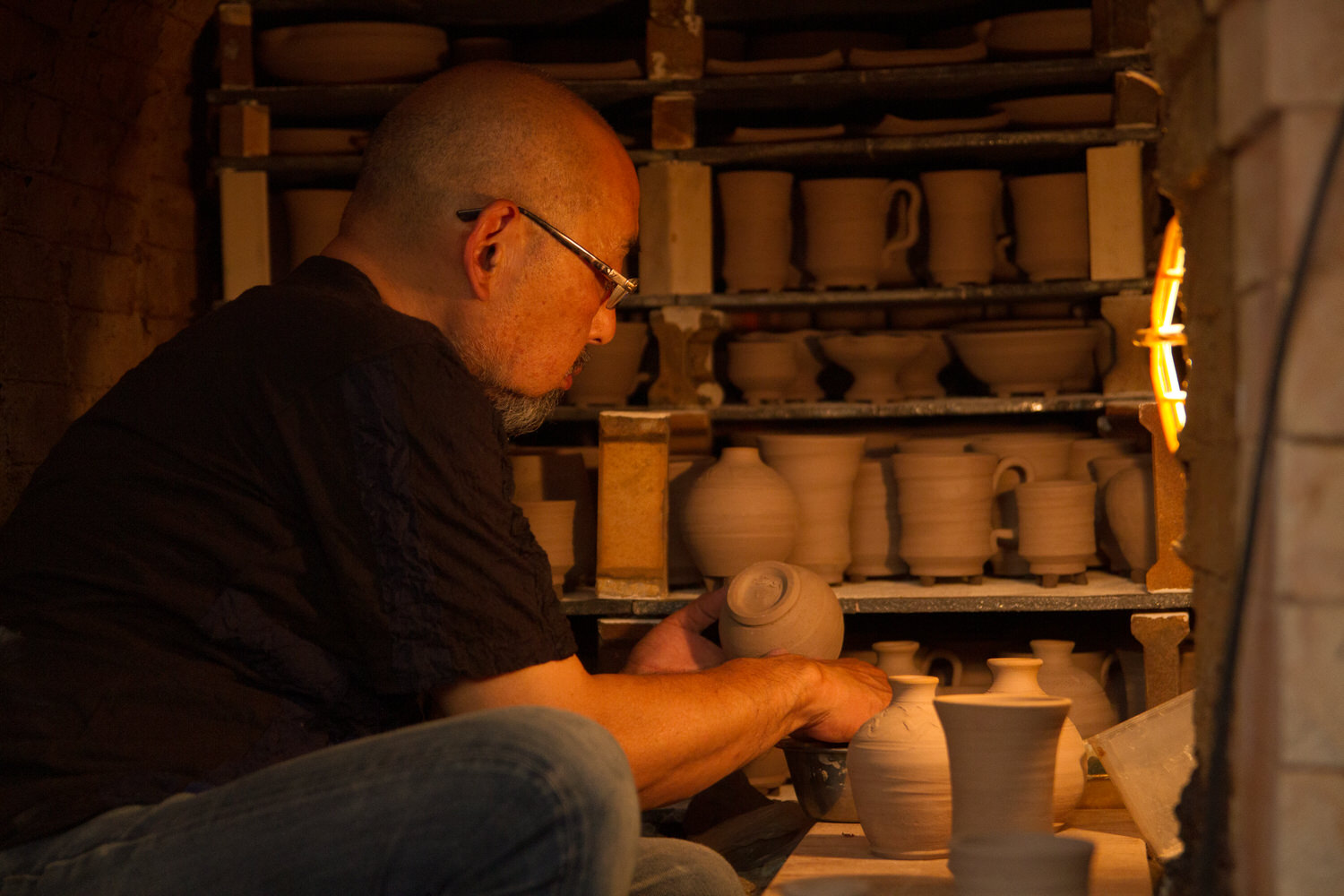 Due to the volcanic influence of the land in this area, the soil contains a lot of iron and is not fire resistant, making it difficult to handle. To be fired in a kiln, the soil must be able to withstand high temperatures of 1,250℃. Works made using only Zao clay could not withstand the high temperatures and lost their shape, with large cracks on the bottom. So, after about 10 years of trial and error, including mixing Zao clay with Shigaraki clay, which is one of the best fire-resistant clay in Japan, the current piece using Zao clay as a decorative clay was completed. Zao ware is covered with a homemade straw ash glaze that reacts with the flames in the kiln to produce a delicate thread-like expression. This is the second characteristic of Zao ware.

The kiln is 33 years old. In most years, we have about 10,000 customers a year, and we are supported by our customers who have been coming for over 20 years. At Manpukyoku, we can repair pieces with chipped mouths for as low as 500 yen. Please contact us first. 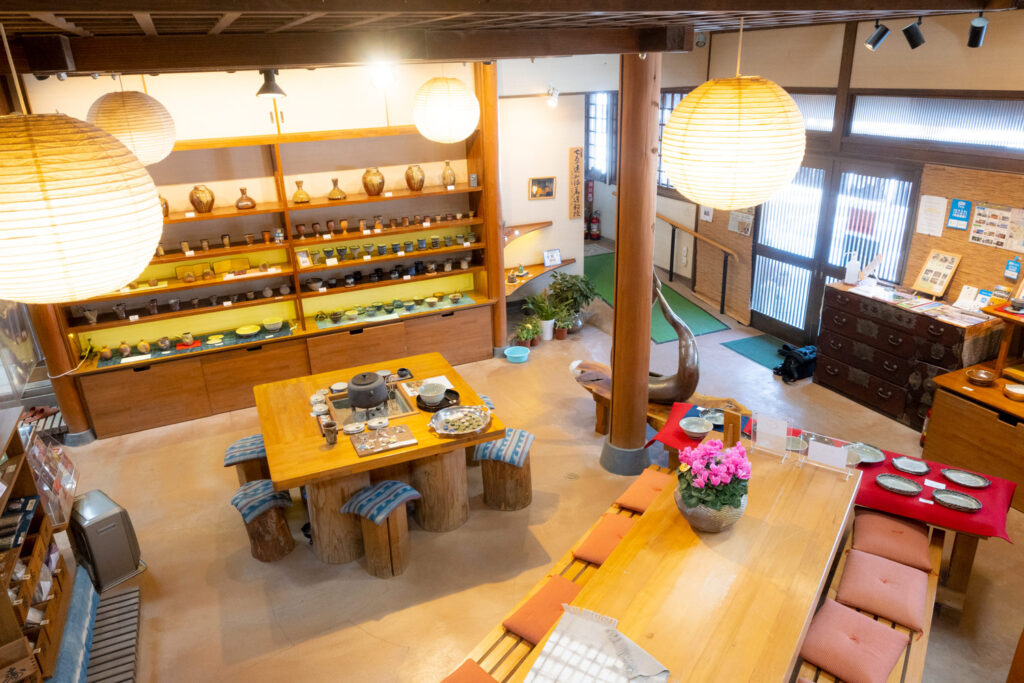 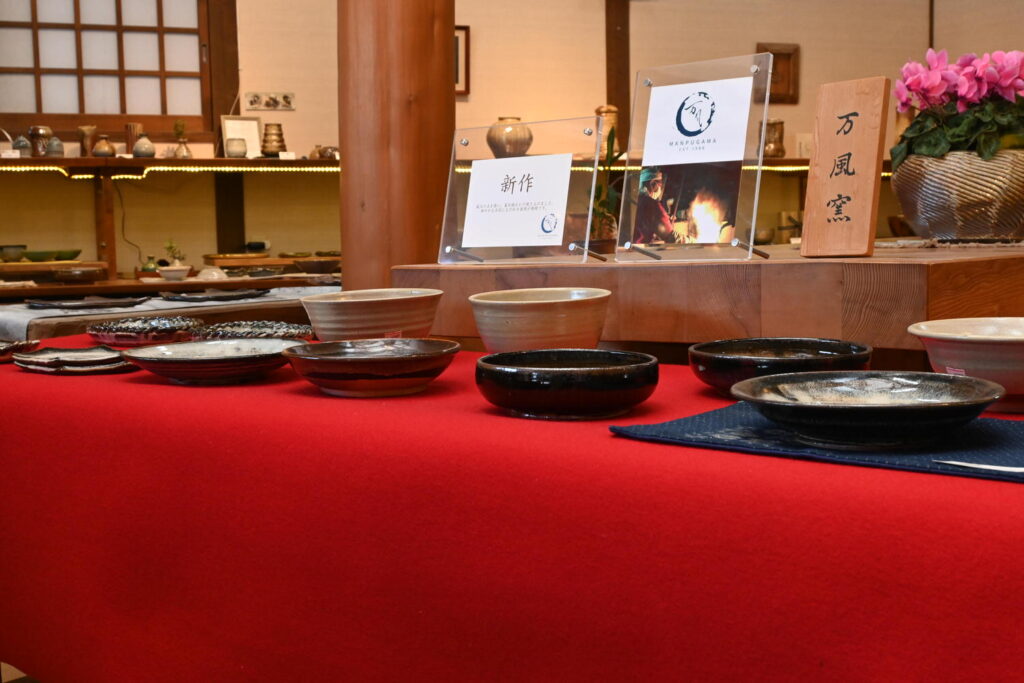 going back to the starting point

The appeal of ceramics lies in the natural materials.

I was very interested in the fact that my work is made of clay, water, firewood, and flame, all natural materials.

Among all the fields of art, pottery is the most interesting because once the work leaves your hands, it is reborn in the mysterious flames.

In general, modern kilns such as gas, electric, and kerosene kilns are the mainstream firing methods, but the primitive and traditional "semi-above-ground anagama," which fires only with wood and human power, is a return to the origin of ceramics.

After graduating from a university in Sendai, he went to work for a company, but at the age of 27, he decided to start his own pottery business.

In 1988, he started his own business in Zao, Miyagi Prefecture. His two daughters are now his successors, and he hopes they will continue to work hard to create their own works as the second generation. 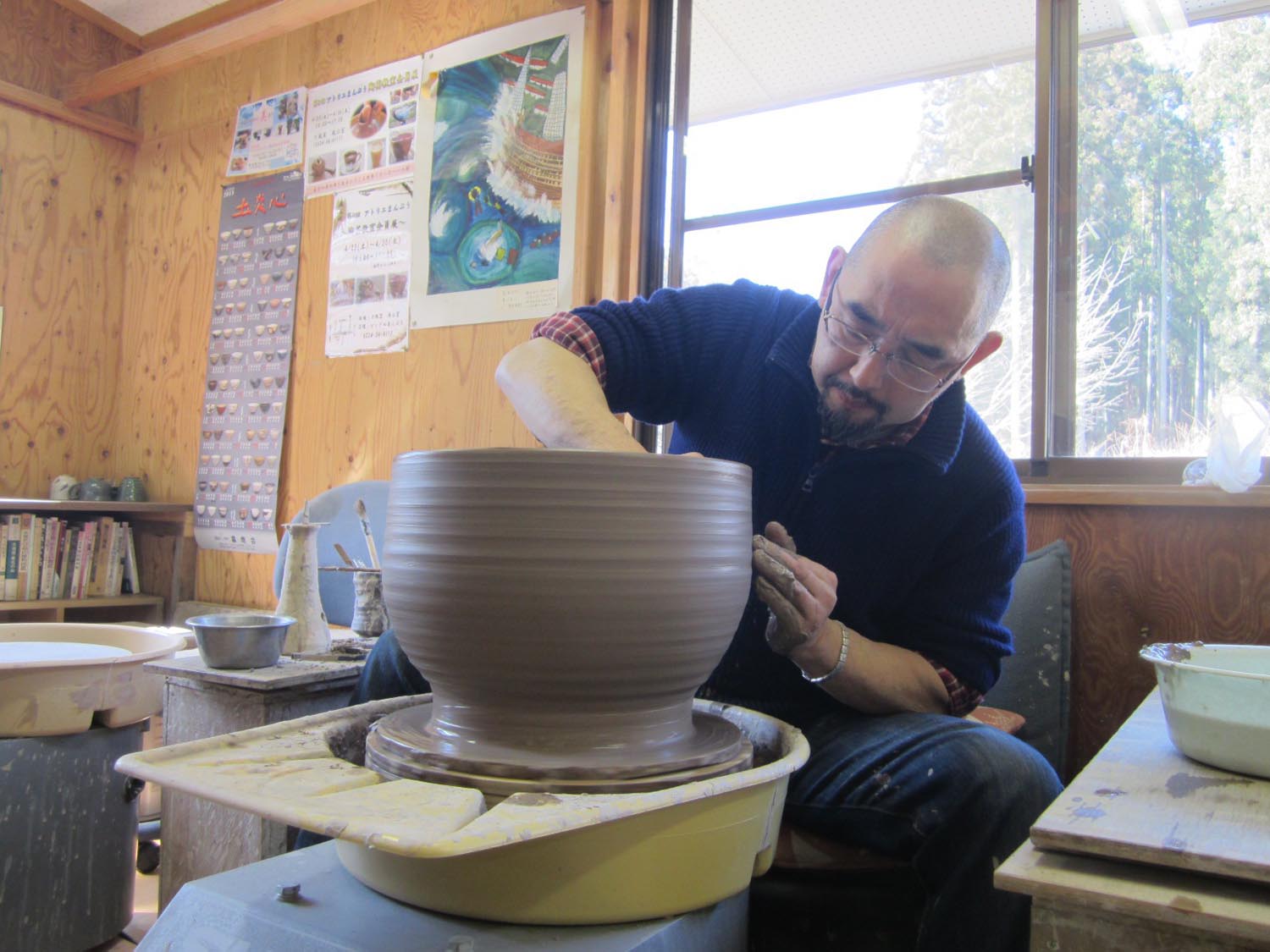 Works are available at the gallery.
Click to view high resolution images. 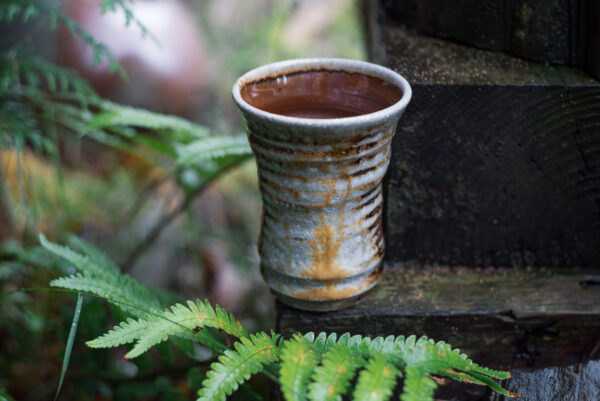 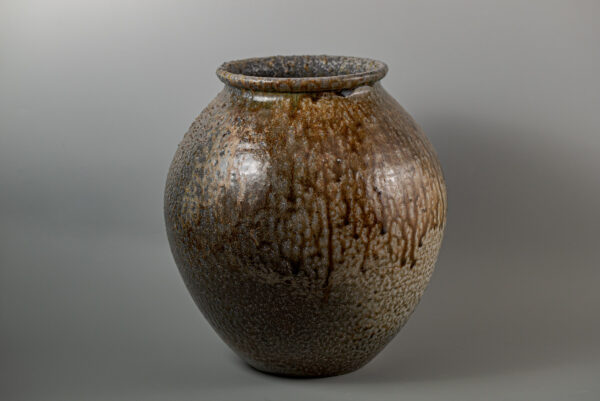 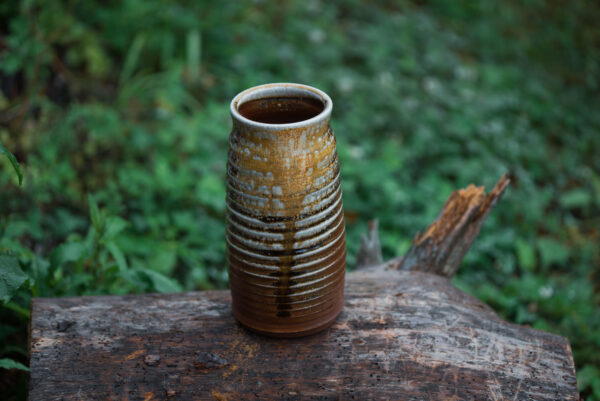 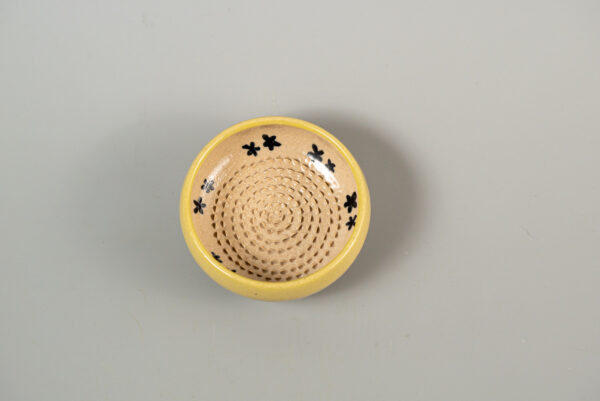 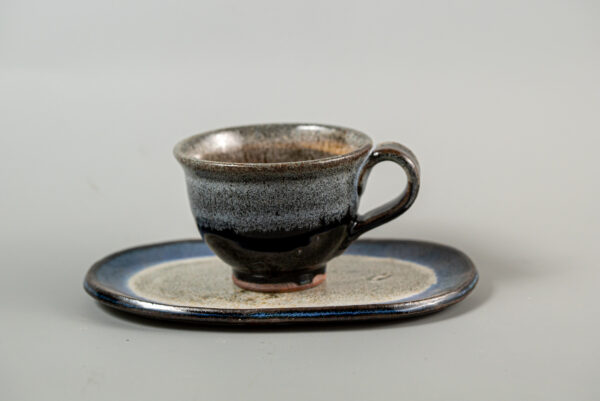 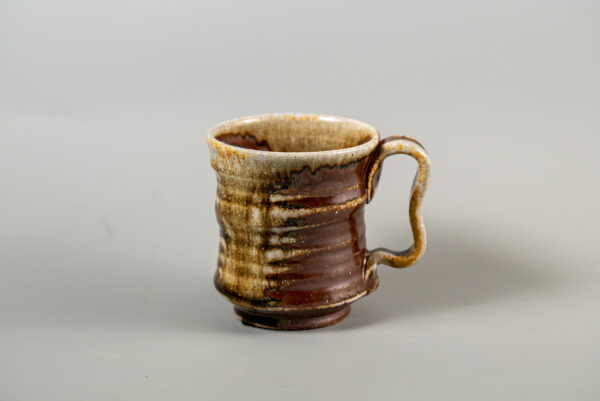 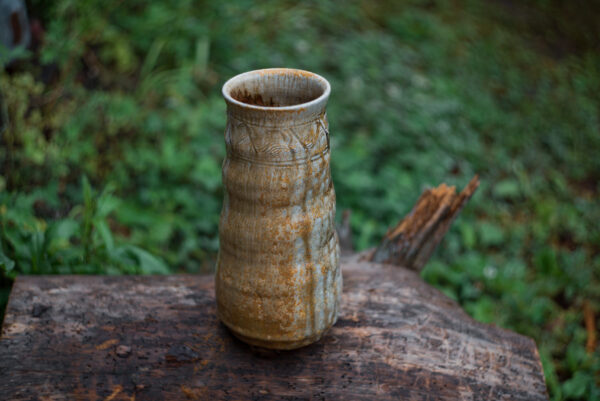 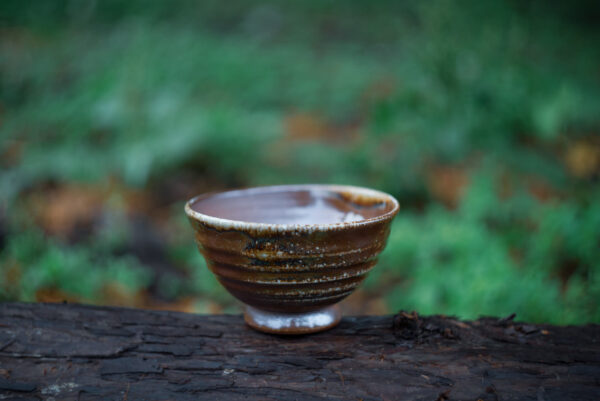 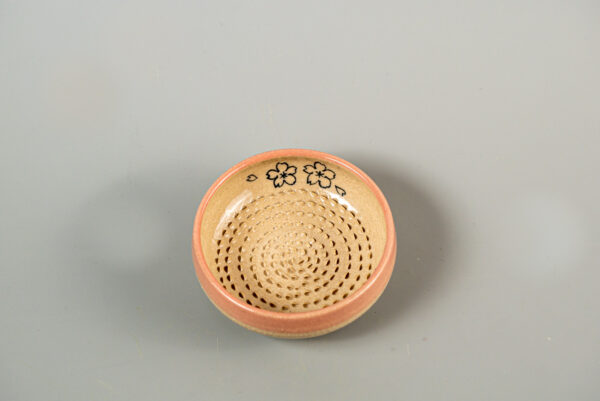 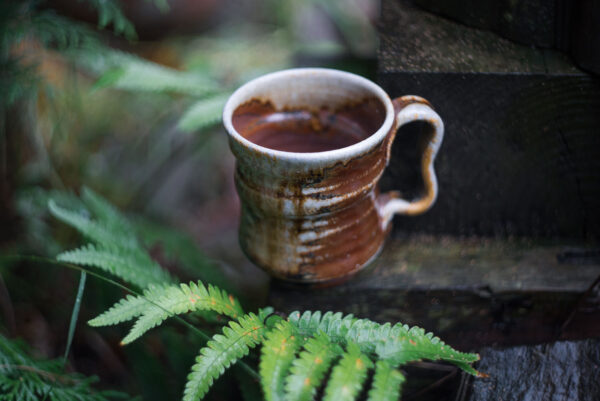 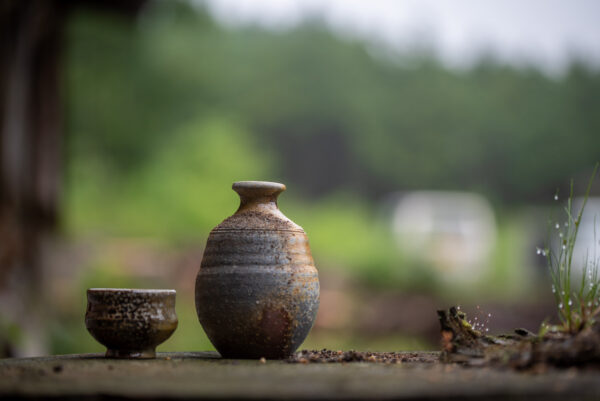